After owning several properties in the Barossa, Matt & Janine moved to Greenock ten years ago and now love residing on the outskirts of town on over an acre of land.

Always ones to have a project on the go, the ambitious pair decided that with their two sons growing up, it was time to begin something new. With a keen interest in real estate, Matt stumbled upon The Clyde on Gumtree which led to a two year journey of sacrifice and success to breathe new life into this 1950’s beauty.

Matt was born and bred in the Coonawarra and was drawn to the Barossa over 20 years ago for a viticulture role. Passionate about the industry, Matt has overseen vineyards in the Margaret River, Western Australia, and has been instrumental in the development of over 650 hectares of vineyards in the Barossa, Adelaide Hills and Victorian wine regions. Currently, he is Operations Director of Murdock Viticulture, which is based in the Barossa.

After living right across regional SA, Janine moved to the Barossa in her final years of schooling and has loved living here ever since. In the past two decades, Janine’s focus has been on raising their gorgeous 2 boys – Calern aged 21 and Alex aged 14 – and supporting them in their schooling and sporting ventures. Calern has competed nationally in track and field sports for the last 7 years and Alex loves playing club cricket and football as well as motorbike and mountain bike riding. Whilst supporting Matt in his career and raising the boys, she worked in disabilities and nursing. 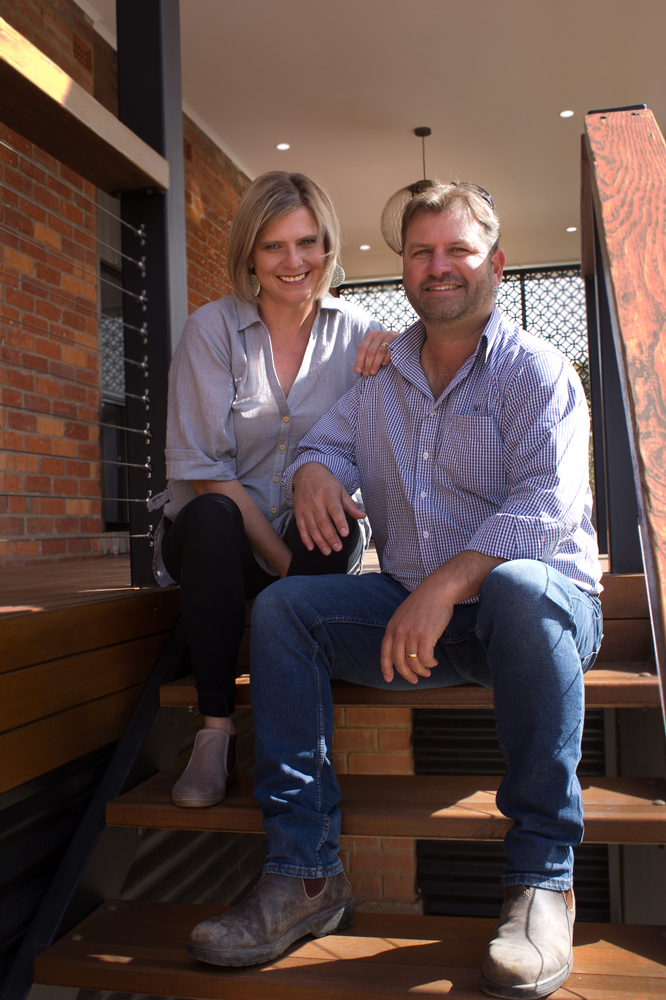 Both Matt & Janine are incredibly community minded people – supporting and volunteering their time in local clubs.

Together, they have travelled extensively throughout Australia and overseas, both with their children and as a couple. They see the Barossa as a perfect destination.

They love experiencing first-hand the wine and food culture of the Barossa, both through Matt’s work in the wine industry and by living locally for over 20 years.

Because of this, they have the insights and local knowledge to offer guests an exclusive & extremely memorable accommodation experience. Matt’s wine industry experience and Janine’s nurturing qualities are the perfect blend to offer luxury accommodation in this beautiful region.

A quick note from matt & Janine:

When you stay at The Clyde, you’ll have exclusive, private use of the property. But we do live locally and are only a phone call away.

We’re fully committed to providing an outstanding service and feel so passionate about The Clyde, the gorgeous Greenock Village and the greater Barossa region. As members of Tourism Barossa and residents of the Barossa for over 20 years, we have fantastic insider knowledge of the area and are happy to share it with you if need be!

Talk to your Hosts Janine & Matt